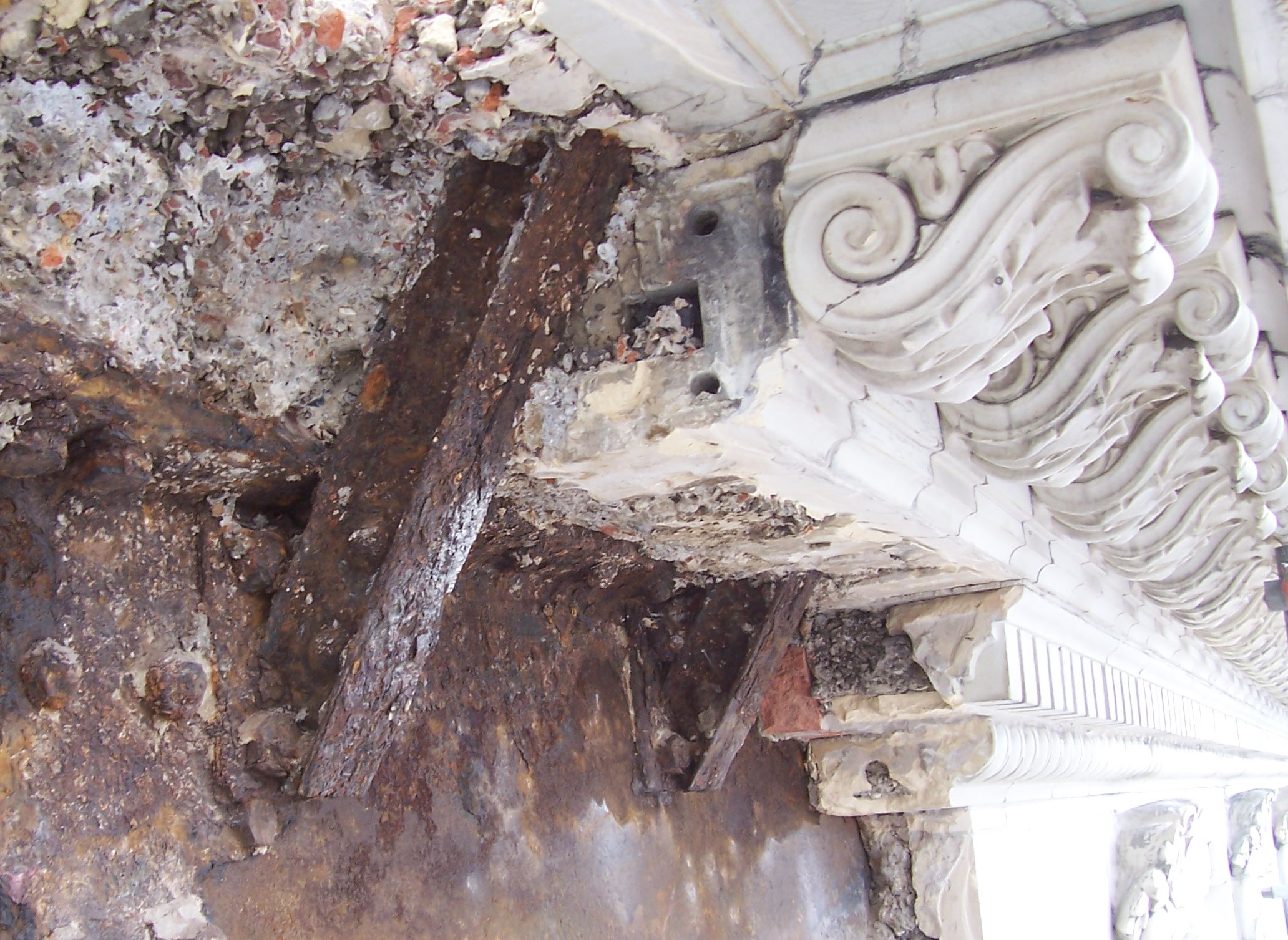 What should you know about Regent Street Disease?

Most people would agree that prevention is better than cure, but in some instances prevention is impossible, leaving the cure as the only option. This is the situation with Regent Street disease (RSD).

Regent Street Disease is the name given to the corrosion related damage that occurs in some buildings constructed during the first half of the 20th century using a steel frame embedded within the facing stone – in the case of Regent Street, Portland stone – but also in other materials such as brick or terracotta.

Up to the 1950s construction of these buildings involved the tight packing of masonry or stone around the frame. Problems arise when the steel corrodes and causes a secondary effect, cracking of stonework around the steel frame. After the 1950s, construction techniques changed to ensure a gap cavity was left between the frame and the infill masonry thereby removing the secondary effect of corrosion, namely stonework cracking.

Regents Street Disease is so called after the famous London address where many buildings have shown this form of deterioration. The problem however is not confined to London’s Regent Street; in Manchester it is known as Deansgate disorder, it’s prevalent in many buildings in Bristol and the South West and also to be found riddling the skyscrapers of Chicago in the US. There is still a substantial building stock in major cities around the world that could be the harbouring the ticking time bomb of this damaging condition.

Wherever the disease occurs and left unchecked, it can have catastrophic effects on both the aesthetics and the structural viability of a building. The extent of the damage is very variable depending on a wide range of factors and only a comprehensive investigation and survey of the building will enable an effective remediation strategy to be determined.

When the disease first emerged, the only option for treatment was to remove the masonry to access the steel frame, treat and/or remove and replace the steel and finally replace the masonry. Clearly this was not only costly, but also highly disruptive to the daily business of a building.  An alternative treatment, Impressed Current Cathodic Protection (ICCP) is now also used.

ICCP relies on the passage of a DC current from the environment into the protected metal surface to reverse the direction of electric currents associated with the corrosion process. It does not make good previous corrosion but suppresses the continuation of the process.

If you would like further information about the Assessment and Treatment Options for Regent Street Disease, Clarkebond Director, Bill Keane, a recognised expert on the condition, has written a technical information paper which you can request here.