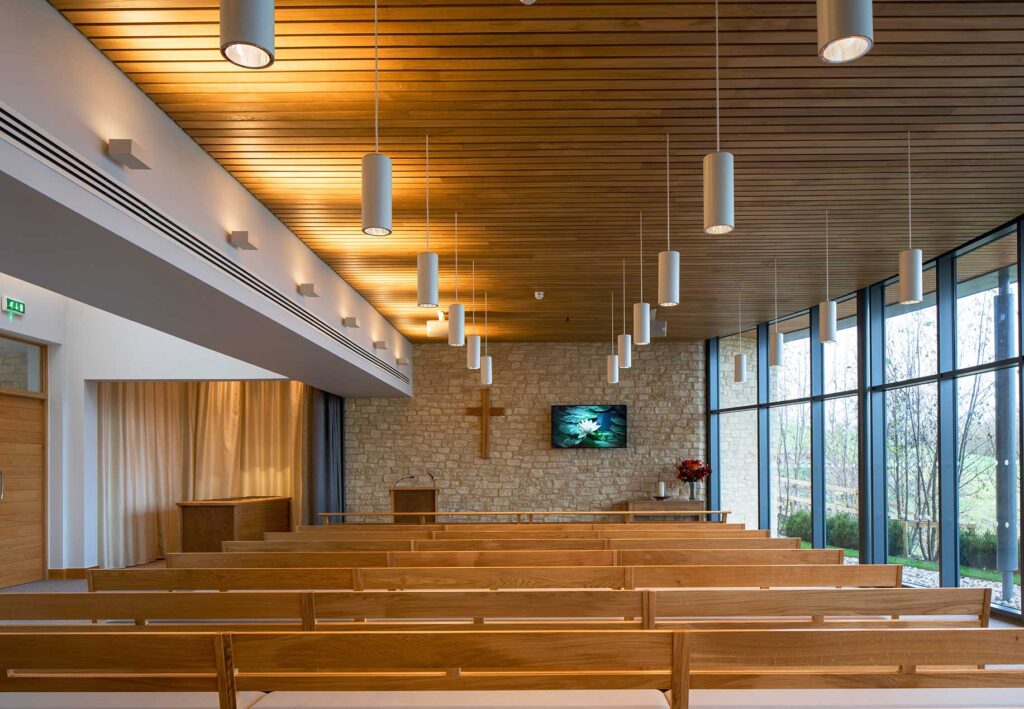 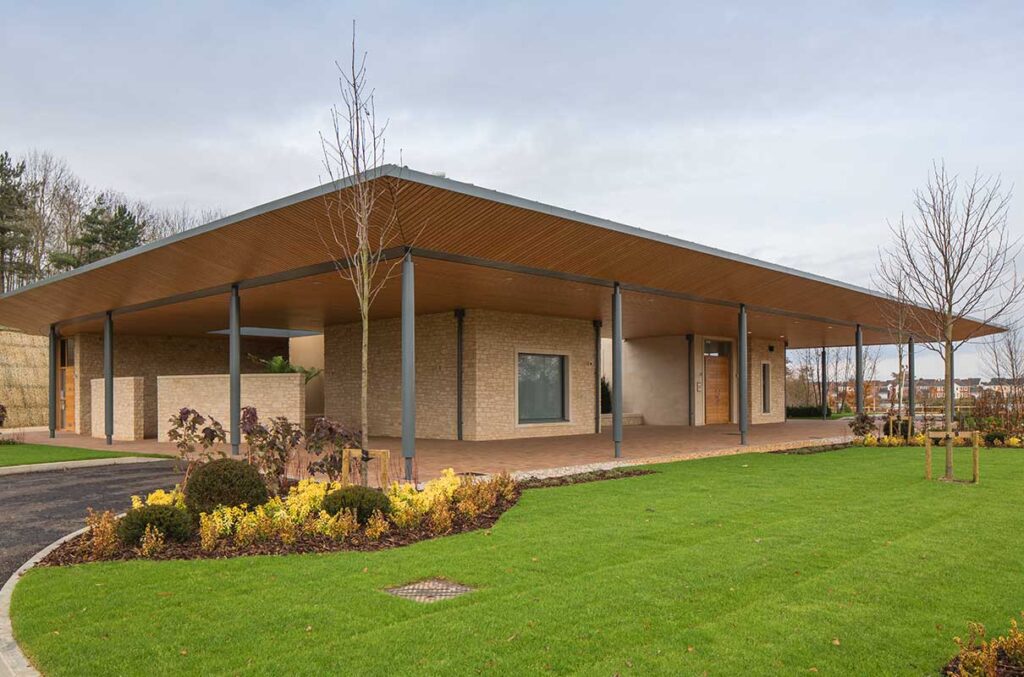 A new crematorium, set in a tranquil rural setting overlooking a lake in Watermead, Buckinghamshire, has been completed and is now ready to open. Clarkebond provided civil and structural engineering services for the facility’s developer and operator, The Westerleigh Group.

In addition to the building itself, Clarkebond’s scope of work included the creation of two new car parks, an access road from the site entrance, and a new road bridge that takes the access road over the River Thame.

The tranquillity of the setting belies the engineering challenges it posed. The main building has been constructed on a raised plateau cut back into a mound where a former dry ski slope was formed. Clarkebond worked with the architect and landscape architect to identify and specify a soil nailed retaining wall solution of up to 7m high at its highest point. This has proved to be a more cost-effective solution than a reinforced concrete or sheet pilled wall, and has also allowed the bank to look much more natural with a stone facing.

Clarkebond designed and specified significant flood mitigation and compensation measures to meet planning requirements. Raising the levels of the site to accommodate the new building has enabled flood compensation works to restore the flood storage volume to the River Thame in a flood event. A series of bunds and swales have been created to also encourage wild flowers, reeds and wildlife as well as some of these swales becoming wetland areas.

Clarkebond also specified a vibro-piling solution to improve the ground under the area of the building and to allow traditional strip and pad foundations to be constructed as an alternative to a traditional piled solution. The main building is a single-storey steel framed structure with a green roof and looks out over the adjacent lake from the chapel.